A few days ago, my new book became available on Amazon: The Girl who saw a Flying Dinosaur. I’m not saying that this paperback is the ideal gift for every 10-year-old girl who reads English, of course, but it’s a whole new approach to the “dinosaur bird,” and I wrote it for readers 8-14 years old or thereabouts.

The title is based upon the words most likely used by the 6-year-old girl Patty Carson when she ran home to tell her family what she had just seen. That was in 1965 at Guantanamo Bay, Cuba. She soon corrected herself by using the word ‘pterodactyl,’ but even more correct is the word I usually use in my nonfiction publications: ‘pterosaur.’ Nobody believed her at first, and that disbelief, and the contrasting belief in recent years, plays a major role in this short nonfiction.

Why is this book so great for a 10-year-old girl?

Many children 10-12 years old can enjoy the reading level in The Girl who saw a Flying Dinosaur, but it’s the subject matter and how it’s handled—that makes this book unique. To the best of my knowledge, it’s the only “dinosaur” book ever published that explains a little-known branch of cryptozoology and does so for young readers: NON-fiction living-pterosaur investigations.

Perhaps the most important benefit a 10-year-old girl may get from this book is this: It promotes keeping an open mind to people who tell us what they have seen, even when what they have seen is unusual. It does so through the story of a little girl in Cuba. She grew up to be a talented artist, and her sketch of the animal she saw in 1965 is now spreading around the world. Patty Carson has made a major contribution to this little branch of cryptozoology.

Where do these flying wonders fly?

Most of these featherless flying creatures, reported by eyewitnesses around the world, appear to be related to the ropen of Umboi Island, Papua New Guinea. They seem to have a structure at the end of a long tail, suggesting they are descended from Rhamphorhynchoid pterosaurs that are known from fossils.

Here is a partial list of the countries where eyewitnesses have seen apparent living pterosaurs, and these refer to the reports sent to me directly from those persons, first-hand accounts:

Please be aware that the above list is NOT for the short book The Girl who saw a Flying Dinosaur, which has reports from Cuba, the Los Angeles area, and Papua New Guinea. For information on sightings in the twelve countries listed, refer to my nonfiction book Searching for Ropens and Finding God or to some of my online publications.

Not all of the reports suggest a ropen-like flying creature, but that kind dominates the reports I included in the book The Girl who saw a Flying Dinosaur. The countries mainly covered in this short book are Cuba, Papua New Guinea, and the United States. Only a small sampling is included in this 56-page paperback, yet those reports are some of the most important ones. 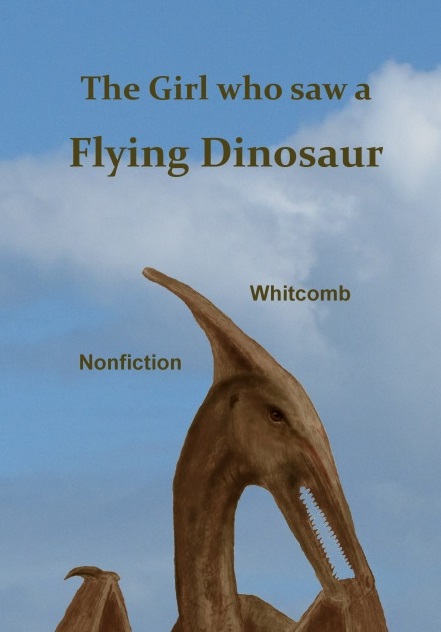 A special gift book for a ten-year-old girl

Perfect Gift for a Ten-Year-Old Girl

To precisely judge what might be the best Christmas (or birthday) gift for a ten-year-old girl requires knowing the interests of that child. If you’ll excuse me for promoting my own book, however, please consider my new nonfiction The Girl who saw a Flying Dinosaur. It’s for middle-grade children and youth up to about fourteen years old.

The ropen in nonfiction books

What a wonderful world we live in, a world filled with an astonishing variety of life! If all those varied forms known to Western science are not enough, we now have worldwide confirmations, from many eyewitnesses, that a long-tailed pterosaur species is still living among us, not confined to some remote tropical island but on almost all of the world’s continents. I believe that only the Antarctic is not graced by this flying wonder.

Pterosaur Eyewitness Group Support (PEGS) — this blog promotes emotional and social assistance between persons who have seen a living pterosaur. Yes, it is true: We really do have at least a few species of recent pterosaurs still living.